Today I am going to teach you how to make a Secret Fold Card.  It is one of those WOW cards that is actually easy to make.  Here's what you will need:

Your Cutter
Two Coordinating Stampin' Up! Cardstocks - Mine are Old Olive & Marina Mist 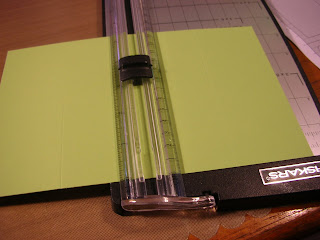 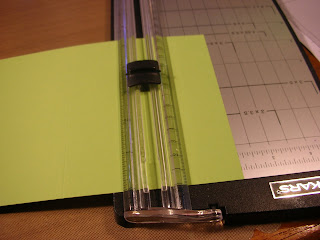 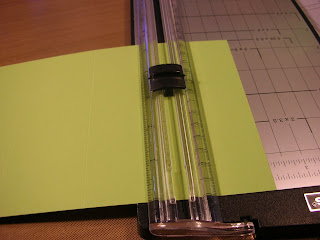 Flip the cardstock around and score again at 2-1/8".  You should end up with three score lines that are an equal distance apart. 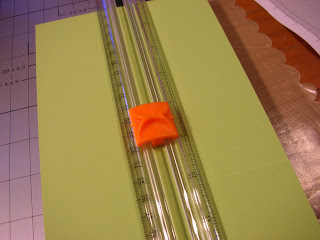 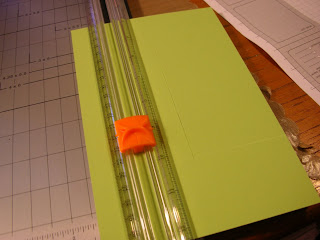 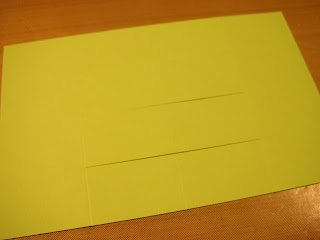 You will end up with something like this.  I know it is difficult to see the score lines in my picture but hopefully you will get the idea from it. 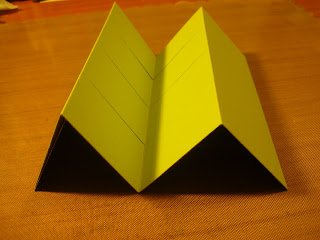 Fold along score lines so that it makes an "M". 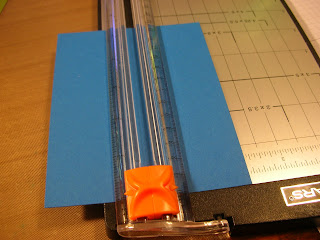 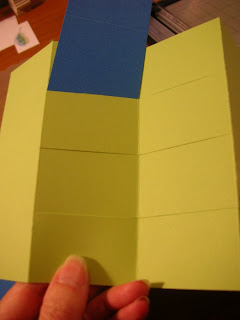 On left side of cuts, begin weaving one strip of the Marina Mist cardstock over, under, over under through the left side cuts. 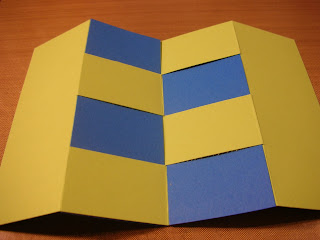 Then take the other piece and begin under, over, under, over until your card looks like this. 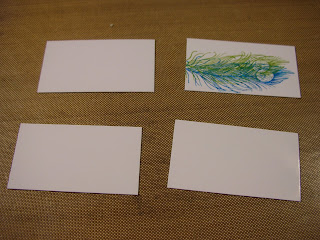 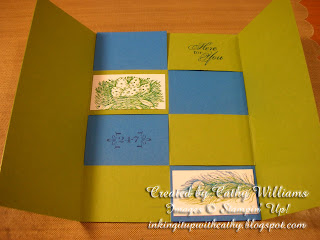 Turn card around so you have a gate fold front.  Attach stamped images and stamp other sentiments inside 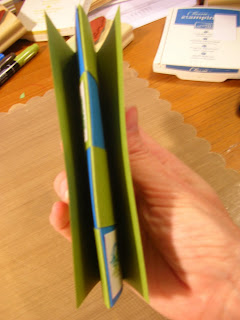 Fold up as shown above and grab ahold of the green pieces on the left and right side of the middle fold. 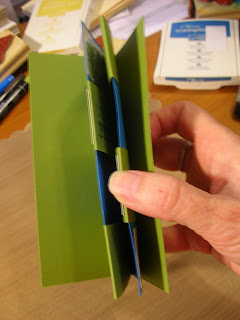 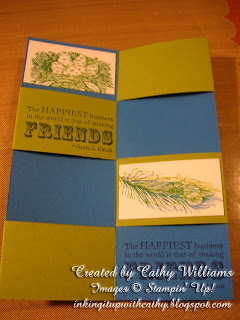 Decorate the card with the other two stamped images and any other stamping you wish to do. 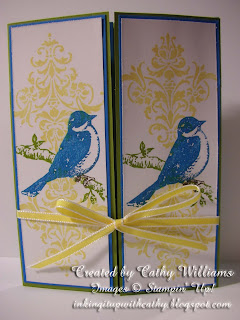 Decorate the front of the card.  If you attach ribbon like I did, do not put it all the way around the card because it will stop the card from working properly.  Just adhere it behind the matting of your front images.  Good luck - it is such a cool card!
Posted by Inking it Up with Cathy