Today's technique comes from a card that I made for the Special Folds Swap at Convention.  I first saw it on a website with a pattern that you printed out and cut the hearts out.  I immediately thought that I could do this using Stampin' Up!'s Heart framelits and they worked perfectly!  This card is also a great one for the Big Shot Magnetic Platorm which should be available again shortly.  It works so well to hold the framelits in place as you cut the hearts. 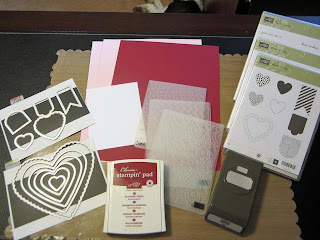 Let's get started.  Here's what you will need.  I have put everything down to finish the card.
To finish the card as shown below, you will also need:
For ease in figuring out which hearts to use, I am numbering them beginning with the smallest being (1) and the largest scalloped heart as (6). 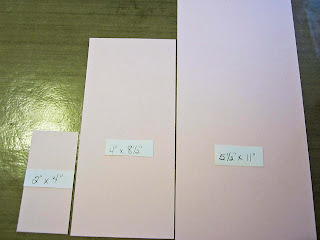 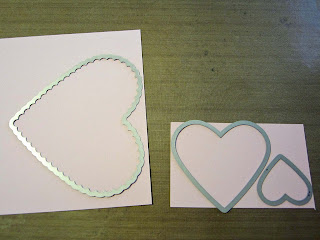 Using the scrap pieces, cut Hearts (2) and (4) from the smaller piece and Scalloped Heart (6) from the larger scrap. 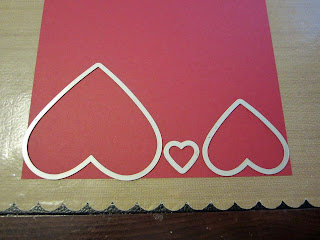 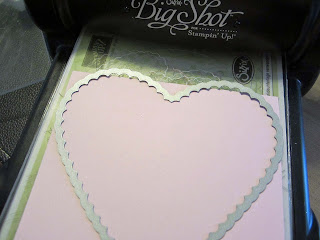 Take the 5 1/2"x11" piece and fold it in half to create a 5 1/2" square.  Place Heart (6) on the cardstock with the folded line at the top with the top three scallops over the edge so you retain the folds on each side. 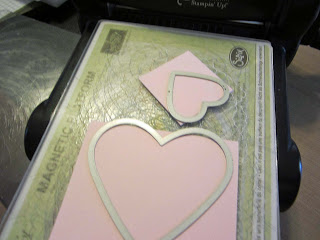 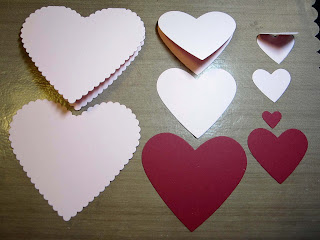 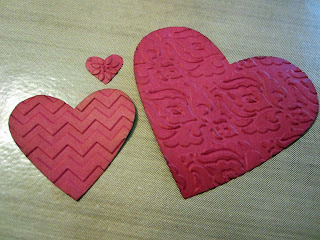 Run the three Raspberry Ripple hearts through the various embossing folders.  I used Petals-A-Plenty on the smallest, the Chevron on the middle one and Beautiful Baroque on the largest. 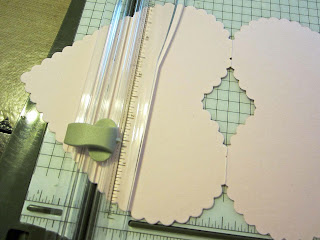 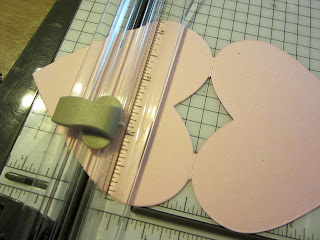 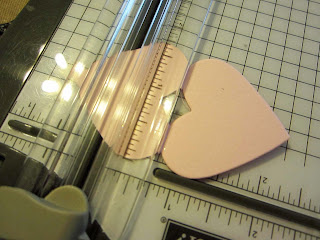 Line up the fold at 3/4" and SCORE on the smallest heart. 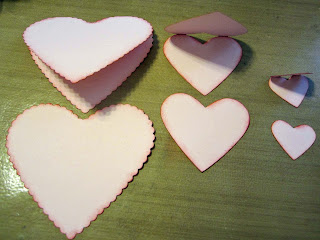 Sponge the edges of the Pink Pirouette hearts on the insides and the fronts of all pieces. 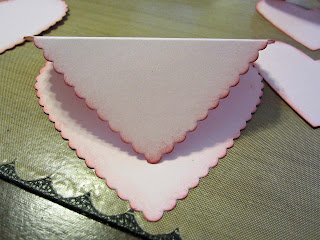 Fold each along score line 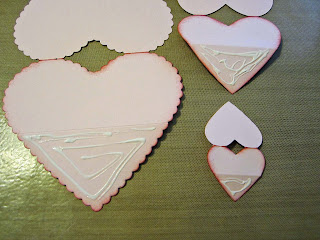 Place liquid glue on each of the folded hearts ONLY BELOW THE SCORE LINES. 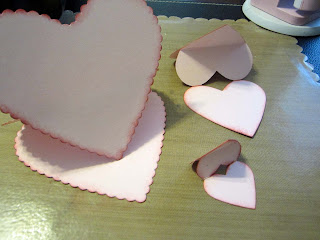 Place the single layer hearts on top of the folded ones as shown.  Glue the corresponding Raspberry Ripple pieces to the front of each of the hearts. 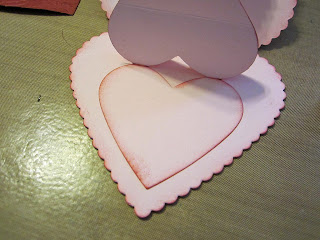 Place glue on the back of the middle heart and place on the INSIDE of the largest heart with approximately 1/2" showing on the sides near the point of the heart. 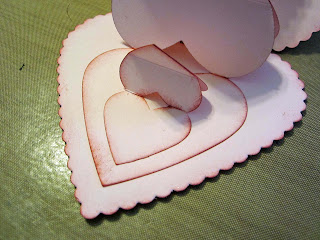 Place glue on the back of the smallest heart and place on the INSIDE of the middle heart with approximately 1/4" showing on the sides near the point of the heart. 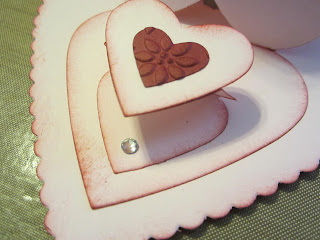 Place a large rhinestone near the point of the heart on the inside. 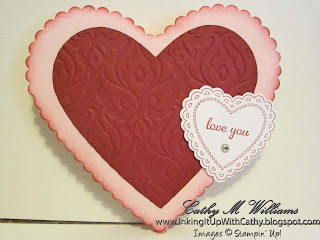 Here is the card closed with the finishing touches.  The heart from Hearts A Flutter was stamped and cut out using the coordinating framelit.  The "love you" comes from the Express Yourself stamp set and a rhinestone is added. 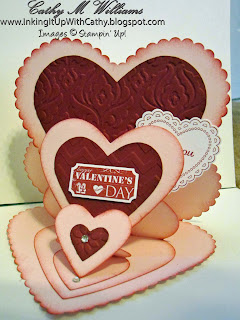 Email ThisBlogThis!Share to TwitterShare to FacebookShare to Pinterest
Labels: Big Shot Dies and Embosslits, Express Yourself, Hearts a Flutter, Techniques, That's the Ticket